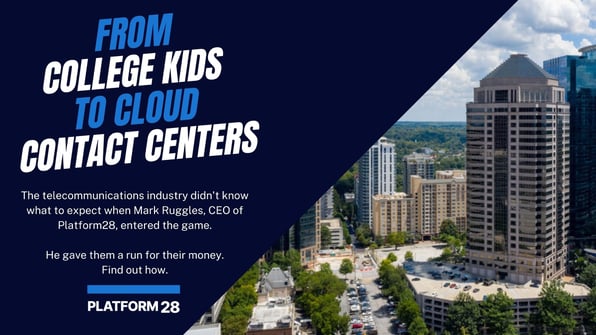 How it all started...

Mark Ruggles, CEO of Platform28, is a telecommunications specialist focused on creating cloud contact centers that improve customer engagement. His first successful telecom venture was in the tiny town of Bogart, Georgia.

Here’s the story of how Mark’s company, Bulldawg Telecom disrupted the telecom industry before any of us started using the term disrupted.

In the nineties, just out of college, Mark started out in the investment world; working with biotech stocks, mutual funds, and hedge funds. Although successful, he didn't love it and didn't know exactly what he wanted to do next.

“I had a friend from college who was at a telecommunications company,” Mark explained. “He said, why don't you just come work here while you figure it out? I did, and I found that I really liked the technology of it.”

Mark started in telecom when local and long-distance calling was a part of everyday life for consumers. Back then, in almost every part of the country, you paid a per-minute fee for a long-distance call, even when you called the town next to you. It was a decision that people had to consider before they made a phone call. “Is this a local or long-distance call?” Long-distance charges could add up quickly, and consumers usually didn’t know how much they owed until they got the bill in the mail.

Mark noticed that Atlanta, Georgia had the largest local calling area in the country. So the majority of Georgia residents could make local calls to each other, even though they were calling different area codes. It was certainly a unique situation.

“It was almost the entire Northwest quarter of Georgia,” Mark explains “And it was 6 million people. And there were probably only 8 million people in the state back then. But the local calling area stopped right before Athens, which is where the University of Georgia (UGA) main campus is located.”

So most residents could call local everywhere else in Georgia, but every call in or out of UGA was long distance to the rest of the state.

But then, the Georgia Public Service Commission passed a regulation that required each county to offer local calling within its borders. It created an unusual situation and an opportunity.

At the time, making a phone call from a college dorm was very expensive. The University was charging 50 cents a minute for long-distance calls. And you couldn't choose your long-distance provider. You could use a calling card, but those were still very expensive. So Mark thought, if he could put a calling card switch in Bogart, and get telephone lines from Bell South, it would be local to both.

“It would work just like a calling card platform and that you would interact with it the same way. You would call our number, hit our platform. It would verify you in two ways, one, you had to be calling from your dorm room number and then it would ask for a pin, so then it would ask you, what number do you want to call? And just like a typical calling card platform, it would then connect you to that call.”

So Mark had an idea and he knew how he wanted it to work. He called a developer, explained what he wanted to build and that his budget was $5,000. The developer said he couldn't do it for that budget, but referred Mark to someone in Mexico who might listen to him.

“And I called the guy in Mexico,” Mark says. “And he said he could do it. I sent my $5000 to Mexico. I didn't know if I was going to get anything back. He developed the software and sent it to me.”

The new software worked with a dialogic board installed in the back of computers. It relied on the telephone company’s three-way calling feature. The user would call a local phone number, the system would collect the number you wanted to call, the software would flash hook the line, call the second person. Note: The original call will be put on hold.  Then the system would flash hook again to merge the calls and once the call was bridged together, it would hang up. He would stay in the call for 10 seconds, then fly out and then connect another call.

Can you believe this was the Central Office of a telecom disruptor? Meet Bulldawg Telecom in the ’90s!

“I mean, this was almost just for fun,” explains Mark. “I was still working another job and I didn't know if this was gonna work. And literally, everybody that lived in a dorm signed up. We figured maybe 70% of the students were from the Atlanta area. So it was a no-brainer for them to sign up.”

The company had five business lines that served 8,000 customers. They got a little bit of scrutiny from Bell South because Bell had to add more trunks to Bogart in order to handle all the calls. But it went away and the telecom industry was changing quickly.

“So we did that long-distance service for eight years,” says Mark. “Cell phones started to come around, you could see that was a dying business. But then we started to hire our own developers and we got into the next thing that was happening in telecom, unbundling the services.”

What’s Next? Voicemail and Beyond…

Next, Mark developed a voicemail/unified messaging platform. Their original customers were companies that had started up to resell telecom services. These companies were able to buy Bell South services, but they bought Mark’s voicemail platform because it was more enhanced than anything out there.

“We approached the State of Georgia to replace all of their voicemail services,” Mark says. “They had 60,000 employees and they were using dozens of premise-based voicemail platforms around the state. We replaced all of it. And Georgia is still our best customer to this day.”

From dorm rooms to multi-million dollar contracts, Mark’s focus on innovation, partnership, and “what’s next?” keeps Platform28 as a leader in the cloud contact center industry. Ready to learn more? Schedule a demo with us. 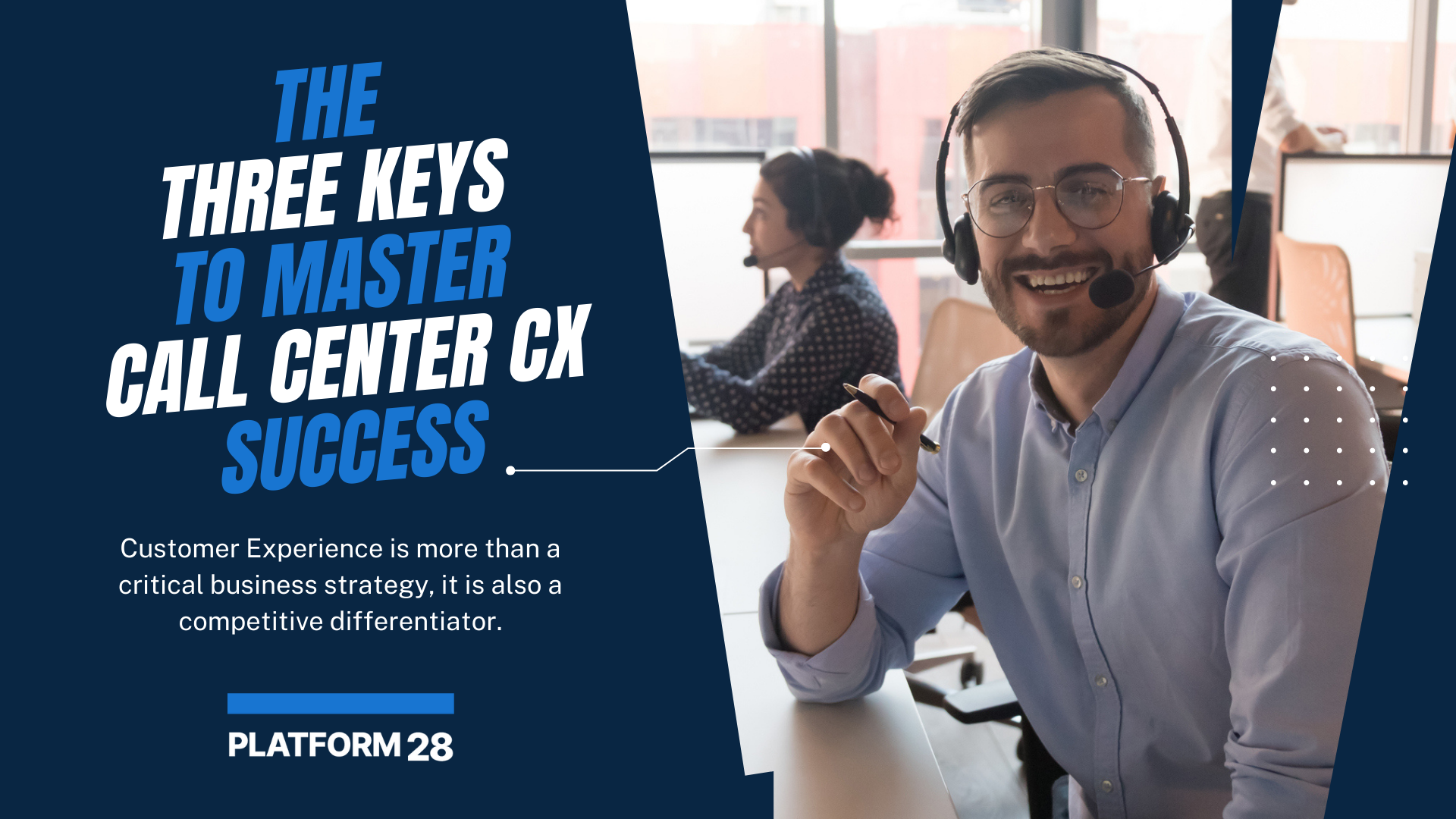 The Customer's Experience (CX) with a Contact Center Agent is often the difference between ...